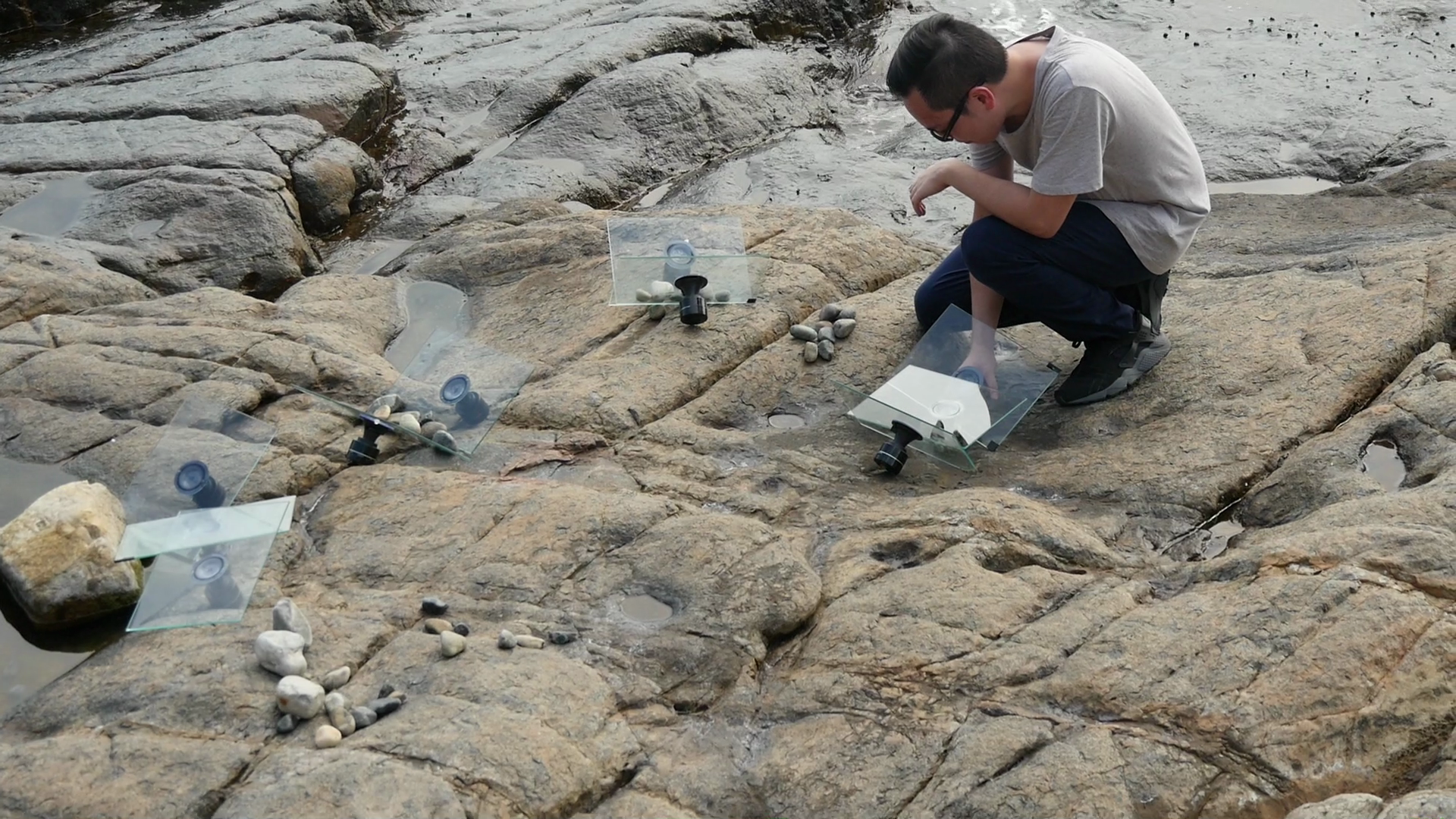 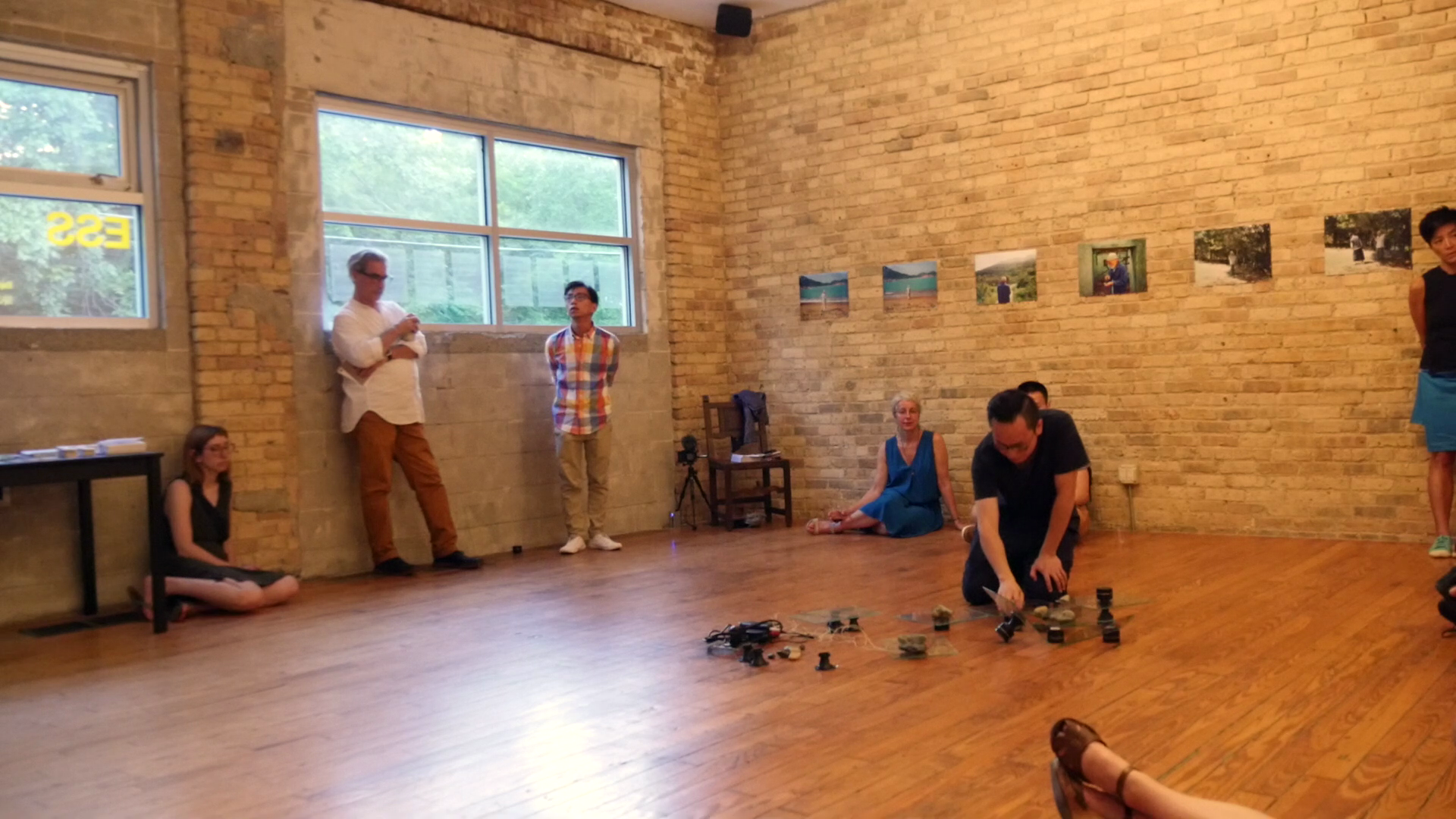 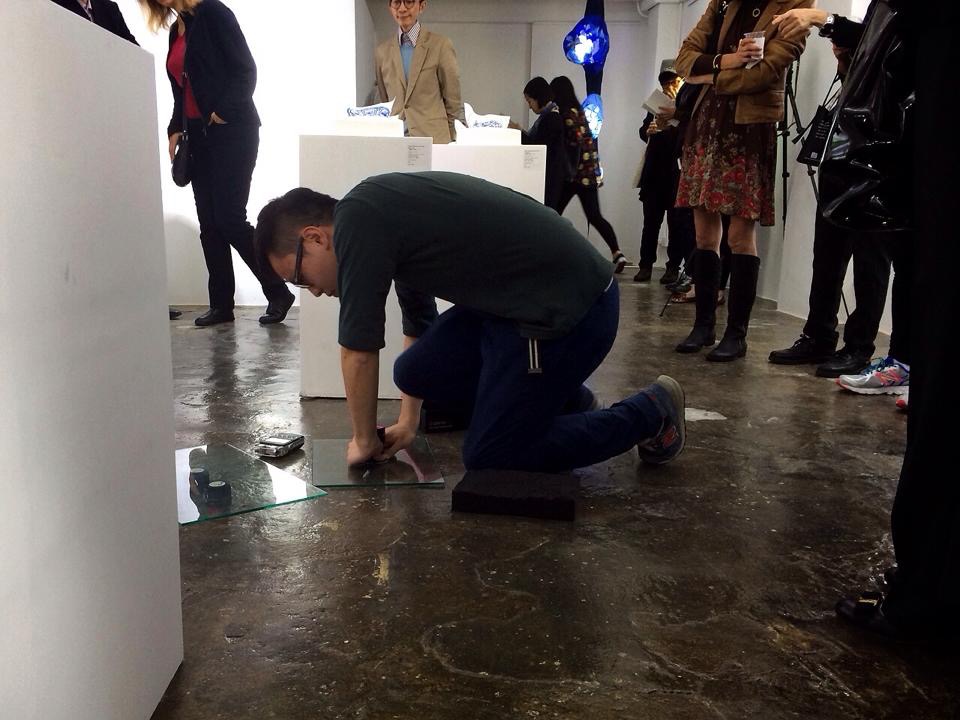 Further extending the installation work in Eyes and Ears in 2014, the on-going sonic intervention and performance Gestures of Seascape conveys the artist’s recent interest in collaborating sound installations in the context of performance. After several years in performing sound with computer in delivering immersive experiences, the artist tries to articulate a new series of performances in constituting seascape in this performative installations. Performing with glasses and sound transducers with the sounding of seascapes and underwater soundscapes in Hong Kong, the performance, on one hand intervenes the space with unpredictable result; on the other hand, it is also the process of challenging the artist himself in how to react, listening and collaborate sound into space. With this on-going series of this performance, how many sonic gestures will be made?